The DNA molecule is made of nucleotides

Nucleotides consist of a sugar rest (S) with phosphate (P) and a nucleobase. There are four nucleobases present in DNA: Cytosine (C), guanine (G), thymine (T) and adenine (A). 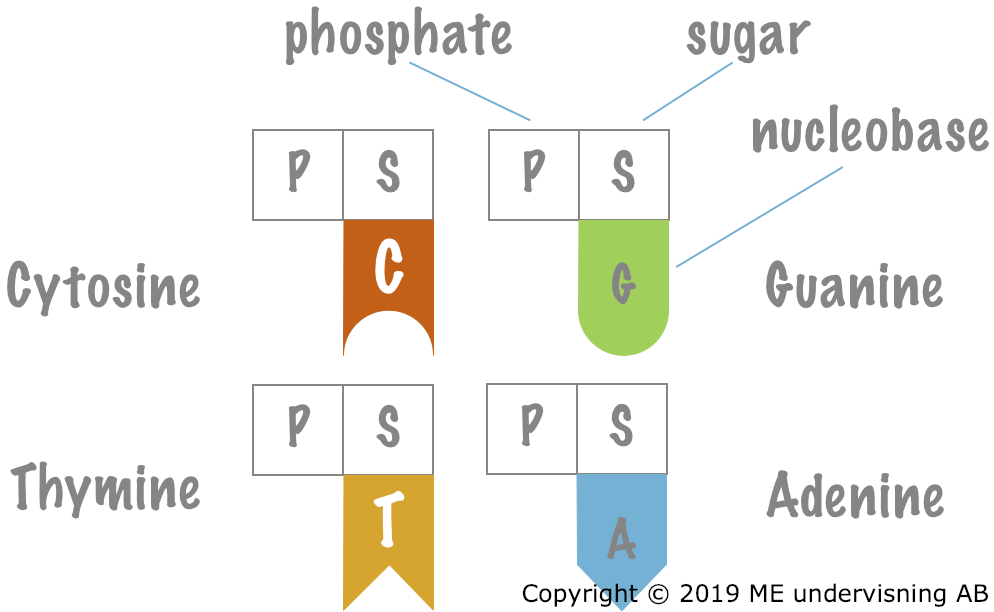 The nucleotides present in DNA.

A gene codes for a protein.

Second: By replicating, the DNA carries the genetic information to the next generation.

The two functions of the DNA molecule are often called "the central dogma of molecular biology".