The carbon dioxide content in the atmosphere is slightly more than 0,04 % 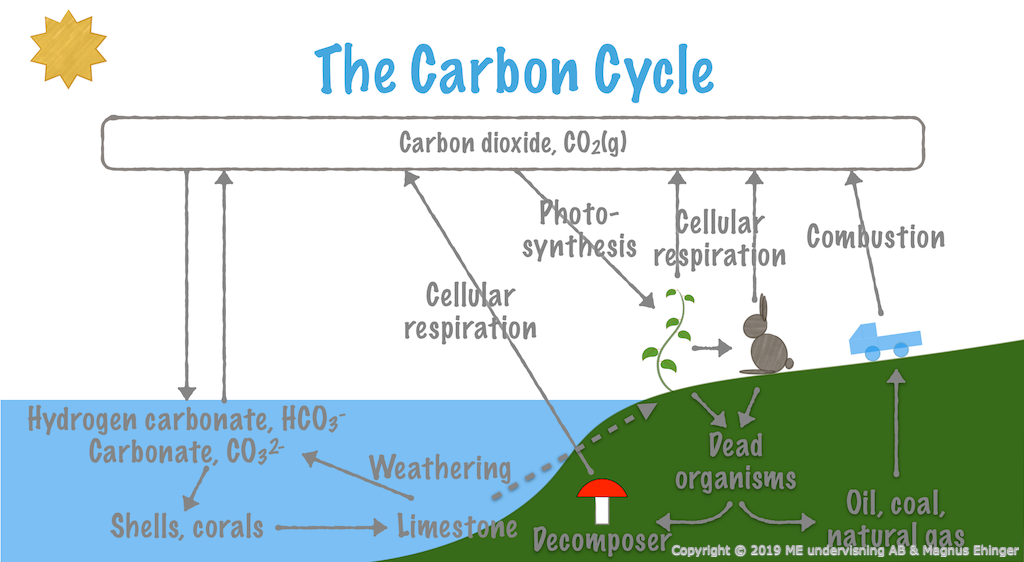 Glucose is used (in animals as well as plants):

The carbon dioxide is exhaled, returned to the atmosphere.

Dead organisms may be packed under high pressure under millions of years.

When combusted, for example in combustion engines, carbon dioxide forms again, and is returned to the atmosphere.

Carbon dioxide may be dissolved in water. Carbonic acid, H2CO3, is formed:

Limestone is important for the ecology on land!