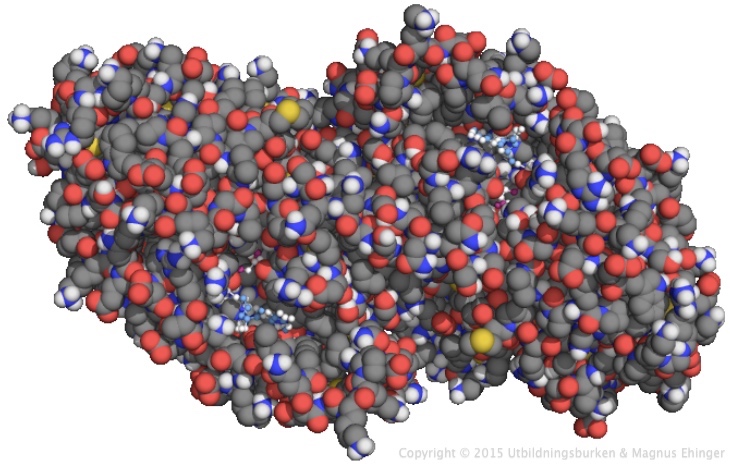 Model of an enzyme, alcohol dehydrogenase.

Proteins are made of amino acids. 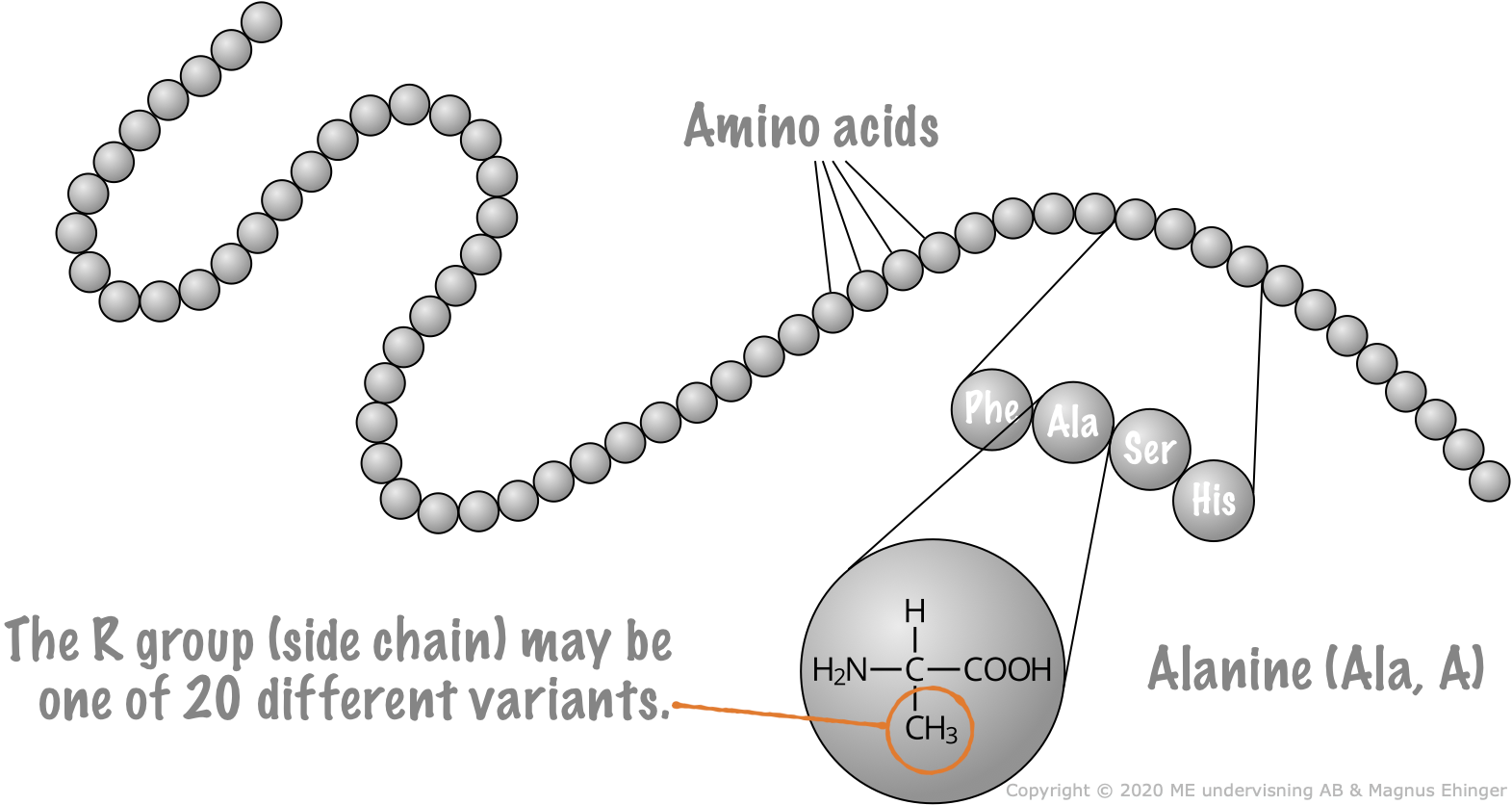 Proteins are long chains of amino acids linked together.

The DNA molecule and proteins

The DNA molecules has two functions:

This is sometimes called the central dogma of molecular genetics.

Concept map of the central dogma of molecular genetics.

A certain segment of a DNA molecule, that contains a "recipe" for a protein is called a gene. The "recipe" consists of a code of nucleobases. This is why we say that a gene codes for a certain protein.

The code in the DNA molecule is rewritten (transcribed) as RNA.

The RNA polymerase forms a transcription bubble together with the DNA molecule.

When the RNA is synthesized, the nucleobases pair with each other. 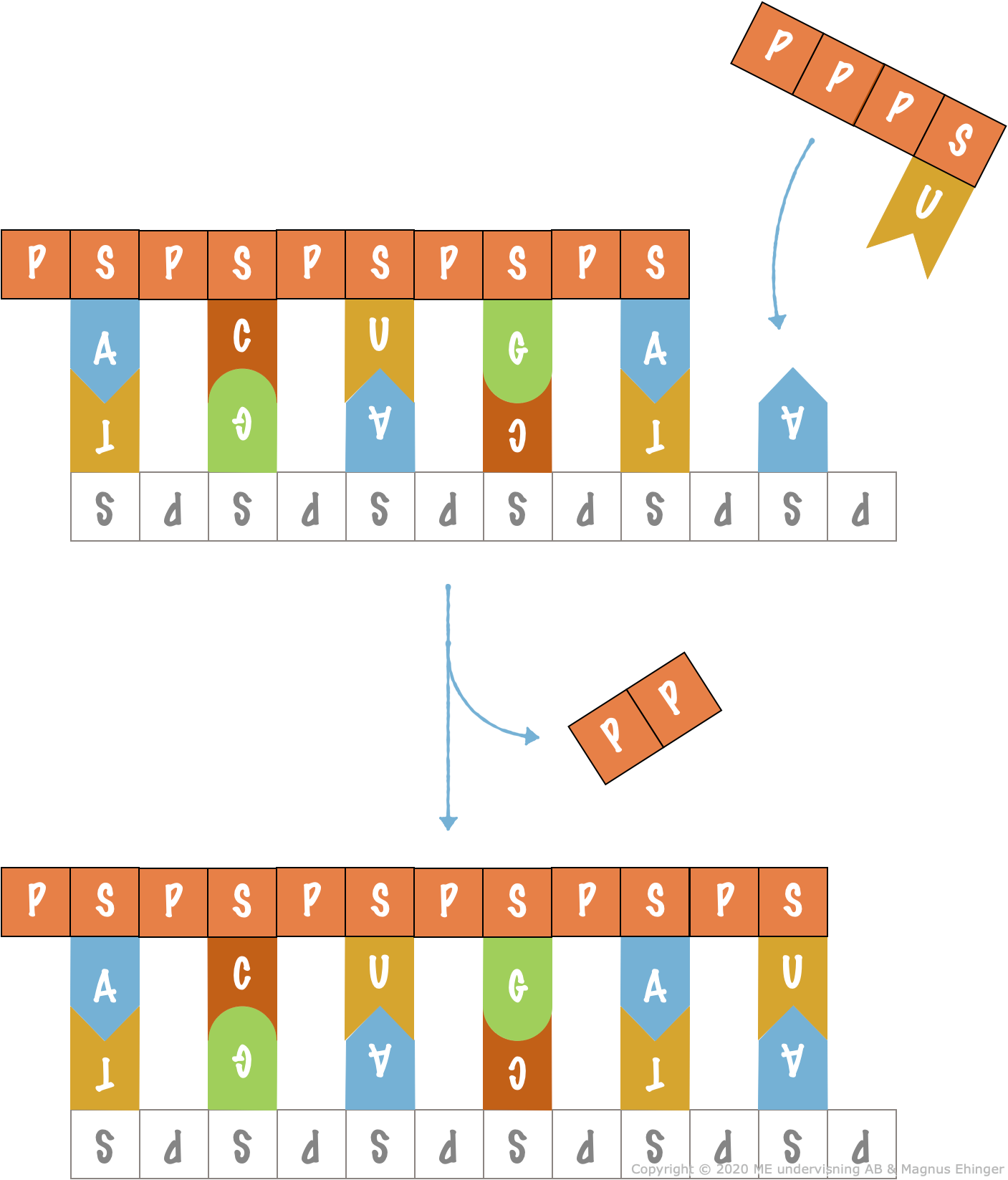 In RNA, uracil (U) instead of thymine (T) pairs with adenine (A).